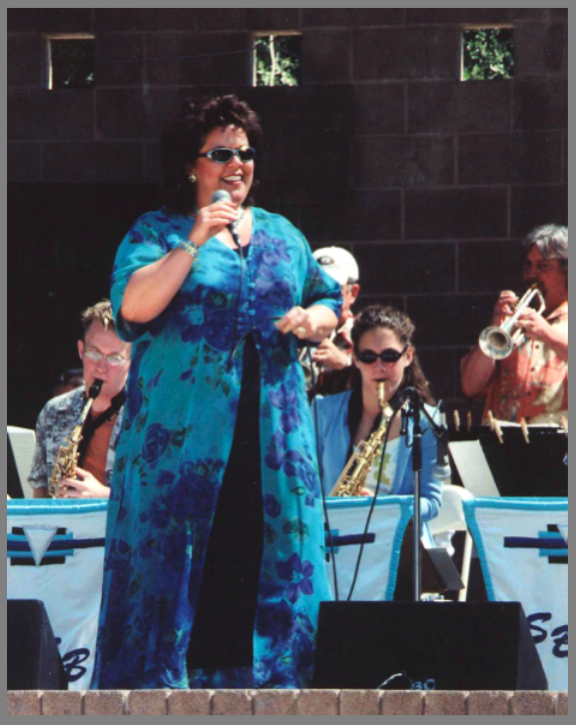 Possessing a rare versatility in timbre and range, vocalist Sandra Marlowe brings warmth, finesse, and yet, excitement and strength in her renditions of ballads to blues, bebop to Broadway belt. Living in the San Francisco Bay Area for the past 20 years, she has performed with pianists, jazz trios, ensembles, bands, theaters, and is an accomplished singer/musician with an expansive vocal repertoire. Her skills as a songstress and entertainer, from sharp wit to aching authenticity, make for a memorable and timeless experience for audiences.

Born into a family of singers, musicians and poets on the rural plains of North Dakota, Marlowe’s solo career began at the tender age of six with a shy, but righteous rendition of “Do, Lord!” before an old-time, revival meeting congregation. A keen ear and a kernel of talent led to years of study, both academic and private, in voice, piano, opera, acting, drama, dance, composition and musicianship. While a student at DeAnza College and San Jose State University, she performed with San Jose Community Opera Theatre (now Opera San Jose) under the tutelage of Director Irene Dalis and Musical Director Dr. David Rohrbaugh. Marlowe also credits much of her interpretative and performing style to five years “hard labor!” with legendary vocal coach Judy Davis, whose A-list of former students included Sinatra, Streisand, Joplin. More recently, Marlowe has embraced a lifelong love for big band and swing music. She has appeared at festivals on both East and West coasts with the LA-based “Avalon Cats” swing band directed by Grammy-award winning producer, saxophonist and arranger Rusty Higgins. Marlowe has also been a featured singer with South Bay Swing Band, a 17-piece traditional big band working California’s Bay Area and Central Coast, and recorded a CD, “Uptown Stomp,” with them.

Ms. Marlowe currently performs jazz, blues, swing and retro-themed music for events, festivals, clubs throughout the SF Bay Area and Central Coast, California.  She draws on her classical roots and vocal artistic flexibility as a featured soloist/pianist of inspirational and sacred music for church parishes, diocese events, symphonic works, while also leading chant and sound workshops.  A new CD is being planned that will include original material/songwriting and her own arrangements.  Sandra tends the creative fire in others with both teaching and directorial work. She has provided vocal and music direction for college and community theater companies – working with children, teens and aspiring singers – and been a vocal consultant for bands and professional performers. She teaches vocal technique and performance through private practice.