Possessing a rare versatility in timbre and range, a keen ear, and an interpretative approach that whistles boldly through the dark while seeking the light, vocalist and recording artist Sandra Marlowe brings warmth, finesse, undeniable power and sheer sass to the stage and the studio.

A shy kid growing up in rural North Dakota not far from the Canadian border, her musical journey began with singing “old-time” hymns at a simple church her family attended, and included years of piano and vocal study. Relocating to sunny California, she white-knuckled through recitals and opera auditions/workshops, taking college music classes. An improviser at heart, she furthered a growing interest in jazz, soul and blues – while developing vocal technique and serious chops, which are evident in the broad spectrum of color, nuance, creative and physical range she brings to her work. Marlowe finally arrived center stage in 2012 with a debut jazz CD release, “True Blue.”, garnering national and international acclaim.

Arranger/co-producer Larry Dunlap crafted sumptuous arrangements for “True Blue.” and enlisted Bay Area A-list musicians to complement a songstress whose life embodies the art of reinvention and whose reputation is built on “edge of your seat” surprises. Working with Dunlap as co-producer/pianist/arranger again in 2019-2020 to release her newest CD, “The Heart Always Remembers,” Marlowe shares her skill as a songwriter in several originals – Corner Store Blues, A Sweet Wind and The Heart Always Remembers, a duet with singer/songwriter and frequent musical collaborator, Robin Hambey. This eclectic collection of tunes is nostalgic, comedic, sexy, playful, sweet, and somber. With the business of music often dragging around one’s soul, the desire with this project was to return to the “heart” of why she sings, recapturing the feeling of youthful days, while echoing nuances and insights that only the years bring.

In live performance, Marlowe’s world-class voice captures audiences, while a sharp wit and engaging personality draw her, the musicians and audiences together in ear-teasing and soul-revving moments. Marlowe has performed at festivals around the U.S., including The Great Connecticut Jazz Festival, Big Bear Lake Jazz Fest, Sacramento Jazz Jubilee, Jazz in the Olympics, Palos Verdes Jazz Festival, San Jose Jazz Summer Festival, was a featured vocalist at California Jazz Conservatory, Berkeley, CA and is a guest artist with symphonies. A sought-after vocal educator and music director, Marlowe is an advisor and producer on recording projects for fellow artists and releases indie projects under her label, LoveDog! Media. Her original single “Where Is Bethlehem?” has been touted as a timely addition to the list of classic holiday tunes.

"…One of those rare singers that possesses an unerring sense of pitch, a natural sense of rhythm, and a completely relaxed delivery of the musical components of a song …with a beautiful vocal quality that never fails to draw the audience into the experience.”
– Larry Koonse, Jazz Guitarist, California Institute of the Arts Faculty

“A rare voice capable of caressing the lyrics and reaching high notes with ease . . . “
– Edward Blanco, All About Jazz

“…Marlowe can pull from a myriad of vocal colors and nuances.”
– Brent Black, Critical Jazz

“The focus everywhere in True Blue is Marlowe's voice, and she's capable of covering a lot of ground in knowledgeably superb fashion…convincingly. That's the key. As golden as this CD is, I suspect we've only seen just heard the tip of the iceberg.”
– Mark S. Tucker, Folk & Acoustic Music Exchange 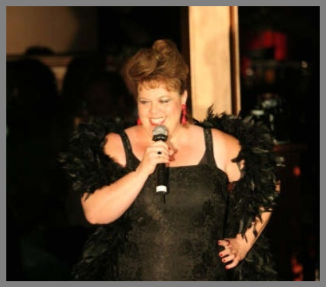